The types of guns are listed below:

All sounds have versions with and without a tail, which further expands the variability of available weapons and shots.

The flamethrower is only available with single shots without a tail, 2 reload sounds, 1 empty magazine sound.

Each sound effect is available in mono and stereo versions.

Use this asset to create high-quality gun shots and weapon sounds for your game, animation or trailer.

For support and other questions, please send an email to: magic.sound.effects@gmail.com.

In order to download this asset pack you must purchase it at or above the minimum price of $30 USD. You will get access to the following files: 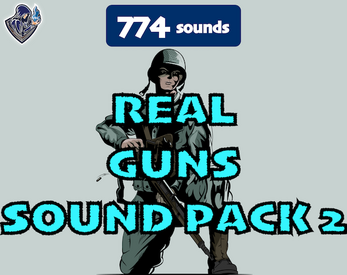